At its 26th Graduation Ceremony, and in the presence of His Excellency Sheikh Nasr bin Amer Al Hosni, Undersecretary of the Ministry of Labour for Labour, and a number of VIPs and representatives of government and private institutions, Majan University College announced its new identity under the slogan "Together we Transform Lives". The rebranding event was revealed through a brief and engaging video.

Majan University College was the first private sector higher education institution, established in 1995 as the College of Administrative Sciences. Having completed 27 years of service to the nation, with numerous remarkable achievements to its name, the College officially announced at the graduation ceremony that, with its new brand identity, it is orienting itself towards new goals and accomplishments. Following the hard times endured during the Covid pandemic, the College felt that the time was right to refresh its visual identity and reflect its long term commitment towards transforming students' lives positively in a dynamic and constantly changing market.

Some of the College’s progressive initiatives that meet the 4th Industrial revolution requirements include introducing new undergraduate degrees in Business Analytics, Fintech, Digital Archiving and cybersecurity and the launch of the first Doctor of Business Administration (DBA) programme in Oman, in cooperation with Bradford University, UK. 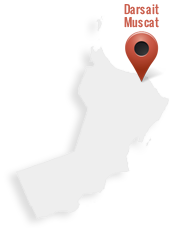